The Winnipeg Jets are just out of the playoff picture in the Western Conference and will have a chance to get into it when they host the Boston Bruins in Canada Life Centre in Winnipeg, MB, on March 18, 2022.

The Winnipeg Jets are sixth in the Central Division and 11th in the Western Conference with a 28-23-10 record.

The Jets have won 4 of the last 5 games and are coming off an impressive 7-3 win over the Vegas Golden Knights. Kyle Connor added a pair of assists to go with his 38th goal of the season. Blake Wheeler, Mark Scheifele, Logan Stanley and Josh Morrissey each had a goal and an assist, and Nikolaj Ehlers and Adam Lowry also scored for the Jets.

Connor has 72 total points for the Jets, 38 goals and 34 assists. Mark Scheifele has five goals and six assists over the last 10 games for Winnipeg.

The Jets have lost 10 of the last 14 games against Eastern Conference teams and the last five games playing after a two-day rest. 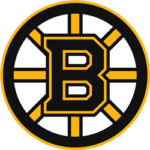 The Boston Bruins are fourth in the Atlantic Division and seventh in the Eastern Conference with a 37-19-5 record.

The Bruins have won 3 of the last 5 games but are coming off a 4-2 loss to the Minnesota Wild. Craig Smith and Brad Marchand scored for the Bruins.

The Bruins are 19-9-3 in road games. Boston ranks 10th in the Eastern Conference averaging 3.0 goals per game, led by David Pastrnak with 33.

Matt Grzelcyk leads the Bruins with a plus-16 in 54 games this season. Craig Smith has eight goals over the last 10 games for Boston.

The Boston Bruins have won the last three and 7 of the last 10 games against the Jets.

Six of the last ten games between these two teams have ended under 5.5 goals.

The Boston Bruins are coming into this game as slight favorites to win with the odds set at 122, while the Jets are at 162. The draw is at 350.

The Winnipeg Jets are on a great run winning 4 of the last 5 and now are only a couple of points out of the playoff zone in the West. The Bruins are seventh in the East but their playoff berth is not questionable since they have 14 points advantage ahead of the ninth place.

Boston has won the last three against the Jets and their successful run will continue on Friday. The Bruins are one of the best road teams in the past month and will add another one in the winning column when they visit Winnipeg.