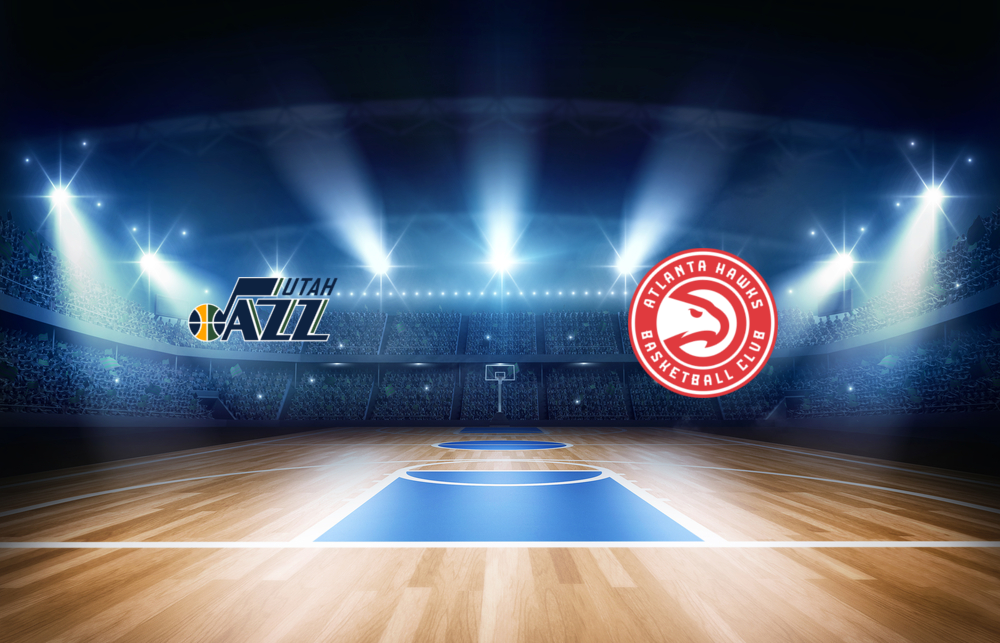 Utah Jazz vs Atlanta Hawks betting tips and predictions for Thursday’s NBA clash. The 6-1 Utah Jazz are looking for their 3rd win in 4 games, while the Hawks look to bounce back after their loss at Brooklyn. Read on for all our free predictions and betting tips.

The Jazz are for real, they’ve picked up right where they left off last regular season. They are off to a hot start winning 6 of their first 7 games. Their latest win was a high scoring triumph over the Sacramento Kings, with Donovan Mitchell dropping 36 points and Mike Conley adding 30 pts of his own. Rudy Gobert also contributed a great deal in the win, however both he and Mitchell have been listed as questionable for tonight’s game with injuries. Utah has covered the spread in 5 of their last 6 games.

Atlanta is off to a somewhat rocky start to the season with just 4 wins in 8 games, however they are a perfect 3-0 at the State Farm Arena. Just like Joel Embiid, Trae Young is also dealing with a knee injury that has hindered him a bit to start the year. He’s averaging 22.9 points per game on a modest 43% shooting, look for that number to go up as he gets healthier and the season progresses. Getting back Collins and Bogdanovic should help the Hawks, especially when it comes to scoring where the are averaging 108 points per game. Dating back to last season the Hawks are only 4-8 ATS in their last 12 games.

It all comes down to injuries in this match-up. Rudy Gobert is out for the Jazz, plus they could be without their best player Mitchell and another wing guy in Royce O’Neale. Atlanta hasn’t played well against Brooklyn last time out, but I believe in their depth and coaching to figure things out tonight against the shorthanded Jazz. Let’s back Atlanta to cover the spread here.

The point total has been set at a very high 220.5 Points here. Rudy Gobert not playing leaves a gap in the middle for the Jazz, they’ll also miss his 15.7 points per game. If both Mitchell and O’Neale aren’t able to play that’s another 30 points per game gone missing, which if I’m being honest I’m not sure the Jazz can compensate for. Looking at Atlanta’s modest start to the season, their shooting has been off a bit.

They find themselves in the middle of the pack in shooting percentages at 44.9% per game. When playing as the underdog the total has gone under in 8 of Atlanta’s 11 games. In recent head-to-head meetings against the Jazz we’ve seen the under cash in far more often than the over. The record stands at 7-3 in favor of the under, while the two teams have combined for only 203.9 points per game between them in those 10 games. I think backing the point total to go under is the smart play here.