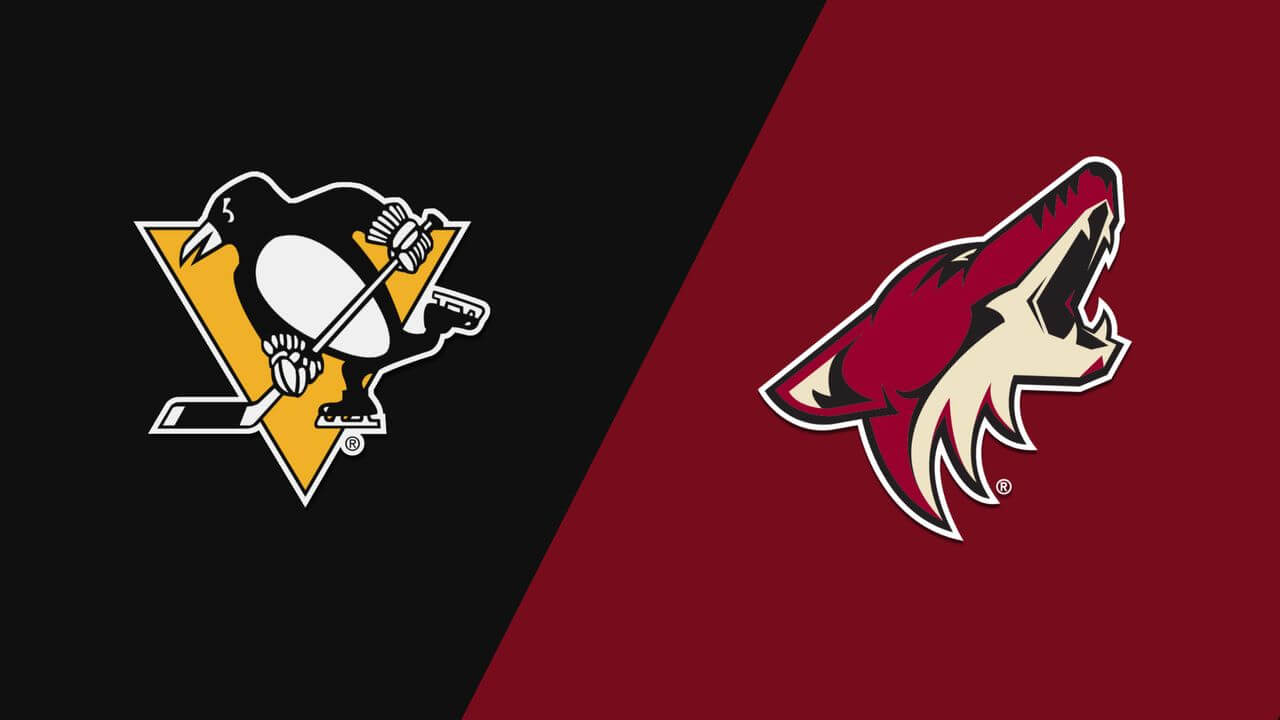 The Pittsburgh Penguins are one of the hottest teams lately in the NHL and will have a chance to climb even higher in the standings when they host the Arizona Coyotes at PPG Paints Arena in Pittsburgh, PA, on January 25, 2022.

The Pittsburgh Penguins have lost only twice in their last 18 games and are currently second in the Metropolitan Division and fourth in the Eastern Conference with a 26-10-5 record. They are coming off a 3-2 shootout win over the Winnipeg Jets.

Kasperi Kapanen and Jeff Carter scored nine seconds apart in the third period to erase a two-goal deficit and Sidney Crosby scored the only goal of the shootout as the Penguins went past Winnipeg. The Penguins have gone 12-5-2 in home games. Pittsburgh serves 6.8 penalty minutes per game, the fewest in the Eastern Conference. Brian Boyle leads the team averaging 0.8.

Jake Guentzel has 40 total points for the Penguins, 21 goals and 19 assists. Sidney Crosby has six goals and five assists over the last 10 games for Pittsburgh.

Teddy Blueger is the only player who will not suit up for the Penguins.

The Arizona Coyotes have a season to forget as they are at the bottom of the Western Conference with a 10-26-4 record. Only the Montreal Canadiens have a worse record than the Coyotes. Arizona has picked up the form lately winning two of the last four games. They are coming off back-to-back losses when they visit3ed New York. First, they lost 4-0 to the Islanders and most recently 7-3 to the Rangers.

Liam O’Brien, Andrew Ladd and Clayton Keller scored for the Coyotes who led 3-1 in the middle of the second period but then the Rangers scored six unanswered goals. The Coyotes are 5-13-3 on the road. Arizona is the last team in the NHL averaging just 6 points per game. Clayton Keller leads them with 31 total points.

Keller leads the Coyotes with 15 goals and has 31 points. Johan Larsson has six goals and one assist over the last 10 games for Arizona.

The Pittsburgh Penguins have win the last six and eight of the last ten against the Arizona Coyotes. Three of the last four games between these two have finished under 5.5 goals.

The Pittsburgh Penguins are huge favorites to win this game with -274 odds in their favor. The odds for Arizona’s win are set at 550 while the draw is at 500.

The Pittsburgh Penguins have gone from a team out of the playoff picture to only 4 points shy of the top of the conference. There is no way the Arizona Coyotes can hold them down. The Penguins have won the last six over the Coyotes and will add another one. This game will probably see a lot of scoring so over 5.5 goals will also be a winning bet.