Check out the best betting pick and odds for the final match between Daniil Medvedev and Alexander Zverev at the Nitto ATP Finals in Turin, on November 21, 2021.

World No. 2 has won all four matches in Turin this week as he earned the chance to defend the title at the ATP Finals tournament.

After spending more than 7 hours in the group phase winning all three matches in the decisive set, Medvedev got the job done quickly in the semifinals. He defeated Casper Ruud 6-4 and 6-2 in just 80 minutes on the court.

Medvedev started the tournament with a come from behind win against Hubert Hurkacz who won the first set in the tie-break but Medvedev turned things around in the next two, winning 6-3 and 6-4.

In the second group match against tonight’s opponent Alexander Zverev, Medvedev won the decisive tie-break after winning the first set 6-3 and dropping the second one in the 13th game.

In the last group match which couldn’t make any difference regarding the players who will advance to the semifinals, Medvedev defeated Jannik Sinner with 6-0, 6-7, 7-6.

Medvedev is in great form in the last two and a half months having a 19-2 record including the US Open where he won his first Grand Slam trophy. Medvedev has a chance to be the first player to win back-to-back ATP Finals trophies since Novak Djokovic who did that in 2013. 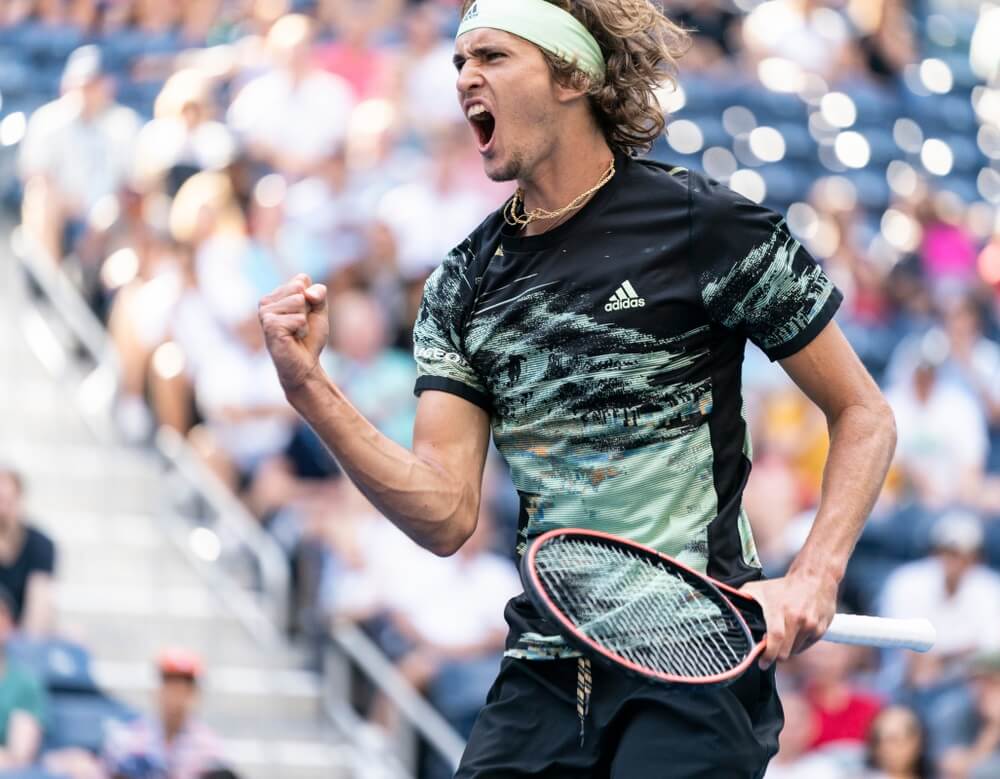 Alexander Zverev showed his full potential and character in the 7-6, 4-6 and 6-3 win over world No. 1 Novak Djokovic in the semifinal match. The German played great defensively and managed to outlast Djokovic in many long points with almost nobody can do.

Zverev’s road to the semifinals wasn’t smooth as he faced a ‘do or die’ match in the third round of the group phase but he was dominant against Hubert Hurkacz winning 6-2, 6-4.

In the opening match, Matteo Berrettini was forced to retire due to a back injury in the second set.

Zverev has won 5 titles this year and 31 of his last 34 matches which gives him confidence to defeat Medvedev for the first time this year.

Medvedev and Zverev know each other very well as they have played 11 times so far with the Russian leading the all-time series by 6-5.

Even though the one-match lead seems like doesn’t make much difference, the fact that Medvedev has won the last five matches says that he has found the key to defeating the German.

Both players met in the group phase with Medvedev winning the decisive tie-break. The Russian also won two weeks ago in the Paris Masters semifinals by 6-2 and 6-2.

Medvedev is a slight favorite to win this one with the odds at -194 in his favor. The odds for Zverev’s win are at 155.

Zverev is playing in great form which he showed against Djokovic last night but Medvedev has dominated the German in the past two years winning the last five matches. Zverev will also have less than 18 hours to recover and rest before the final match which gives another advantage to Medvedev.

Medvedev is expected to win this one easier than expected in a match that won’t go into the decisive set.