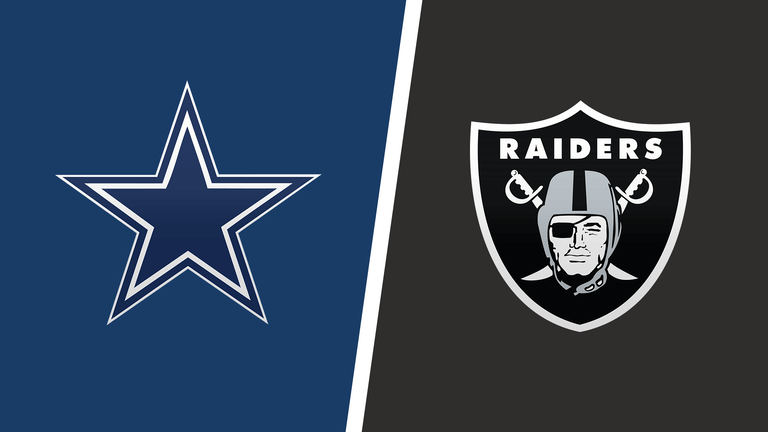 The Raiders are hoping to snap their three-game losing streak when they visit the Dallas Cowboys at AT&T Stadium in Arlington, TX on November 25, 2021.

Currently, they are on top of NFC East with a 7-3 record with two of the three losses coming in the last three weeks.

Last week, the Cowboys lost 19-9 failing to score a touchdown for the first time this season. Dak Prescott was held to 216 yards passing and two interceptions for the Cowboys which proved to be costly for the Cowboys. Micah Parsons was the biggest bright spot for the Cowboys forcing a fumble and getting two more sacks.

It looked like a promising season for the Las Vegas Raiders as they started with three consecutive wins and won five of their first seven games. Both all of sudden, everything collapsed as they came back from a bye week.Since then coach’s Rich Bisaccia team has lost three straight games, the last one 32-13 at home to the Cincinnati Bengals.

Raiders quarterback Derek Carr finished 19 of 27 for 215 yards, one touchdown and one interception. Tight end Darren Waller caught seven passes for 116 yards, while his backup Foster Moreau’s lone catch was a 19-yard touchdown. The raiders failed to convert on its first six third-down attempts, a stretch of 14 straight over the last two games, until Carr hit Hunter Renfrow for 8 yards on a third-and-2 with two minutes left in the game.

Derek Carr is going into the Cowboys game being just 68 yards away from 30,000 career passing yards, which will make him the fifth quarterback in league history to reach the feat in his first eight seasons.

The Cowboys and the Raiders have split the last ten head-to-head games but Dallas has won four of the last five. The last time they played it was back in 2017 with the Cowboys winning 20-17 on the road.

The Cowboys are huge favorites to win the game with -347 odds to do so, while the Raiders are at 262.

The Cowboys are absolute favorites to win this one at home since they are 4-1 at the AT&T Stadium and a much better team in general. They have the No. 3 scoring offense and will be eager to show that after last week’s nine-point performance against the Cheifs.

An easy Dallas win with covering the -7.5 spread can be expected.