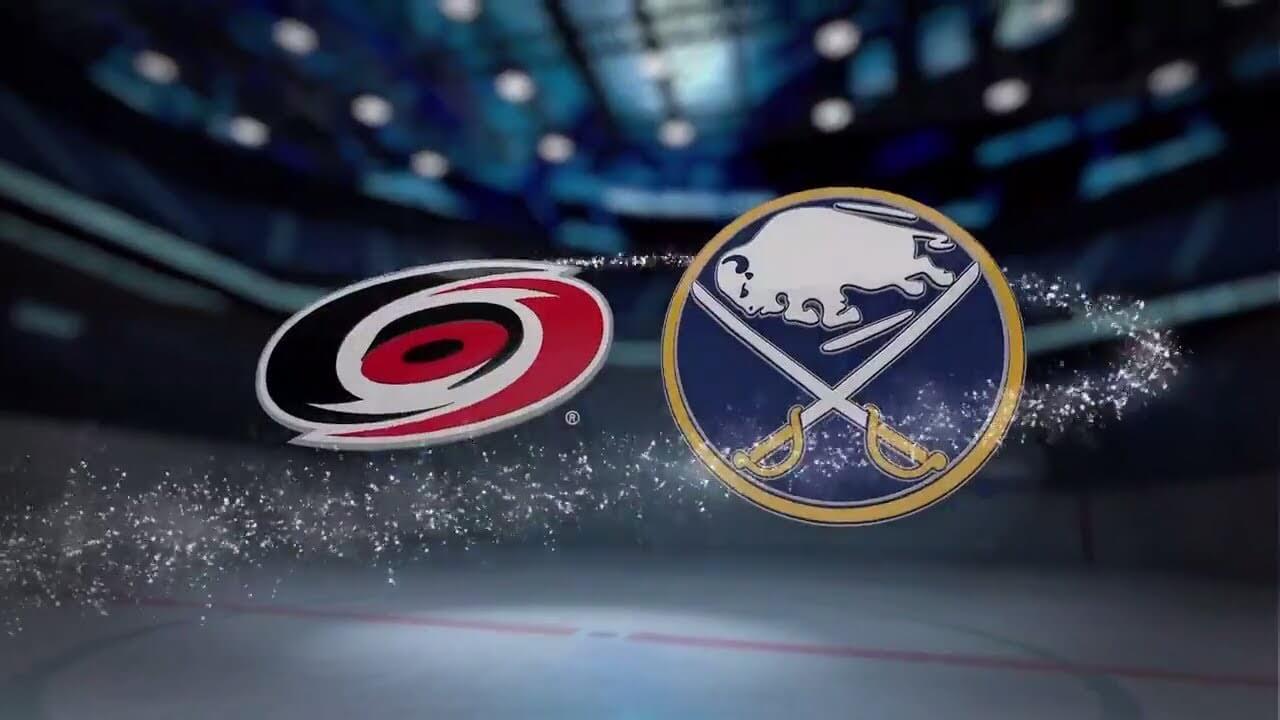 The Carolina Hurricanes will try to get back on winning track when they host the Buffalo Sabres in PNC Arena in Raleigh, NC on December 4, 2021.

The Carolina Hurricanes started the season furiously winning the first nine games in regulation but recently have lost five of their last six games and are now third in the Metropolitan Division and fifth in the Eastern Conference with a 15-6-1 record.

In their last game, Carolina lost 3-2 at home to the worst team in the league, the Ottawa Senators.

The Hurricanes dropped their season-high third game in a row despite holding a 49-20 edge in shots. They failed to score a first- or second-period goal for their third consecutive game. Carolina has suffered consecutive home losses in regulation which didn’t happen last season.

The Hurricanes played their second game in a row without defensemen Tony DeAngelo and Brett Pesce as they entered the Covid-19 protocol earlier in the week.

The Hurricanes are 7-4-0 in conference matchups. Carolina is 18th in the league with 33.7 shots per game and is averaging 3.1 goals.

Tony DeAngelo and Brett Pesce will miss their third consecutive game for the Hurricanes. DeAngelo leads the Hurricanes with a plus-10 in 20 games this season. Sebastian Aho has five goals and five assists over the last 10 games for Carolina.

The Buffalo Sabres are having a season to forget as they are sixth in the Atlantic Division and 13th in the Eastern Conference with an 8-12-3 record.

Don Granato’s team has lost seven of their last eight games with the last two by 7-4 against the Seattle Kraken and the Florida Panthers.

On Thursday in Florida, the Sabres lost despite a 3-0 lead after the first period. Vinnie Hinostroza scored two goals for the Sabres. Dylan Cozens had a goal and an assist, and Casey Mittelstadt also scored. Aaron Dell made 38 saves.

Tage Thompson leads the Sabres with 10 goals and has 16 points. Jeff Skinner has five goals and four assists over the last 10 games for Buffalo.

Craig Anderson, Drake Caggiula, Dustin Tokarski and Alex Tuch are all out Saturday night against the Hurricanes.

The Carolina Hurricanes have won the last 12 games against the Buffalo Sabres, six of them in regulation. The last time the Sabres defeated the Hurricanes was back in October 2016. The last six games between these two have gone over 5.5 goals.

The Carolina Hurricanes are clear favorites coming into Saturday night’s game with -184 odds to win while the Sabres are at 382. The draw is set at 405.

The Carolina Hurricanes have lost three straight and the home game against one of the worst teams in the league is a great one to bounce back. Despite the absence of two key players, the Hurricanes are the better team and anything other than an easy win with at least two goals difference will be under upset.