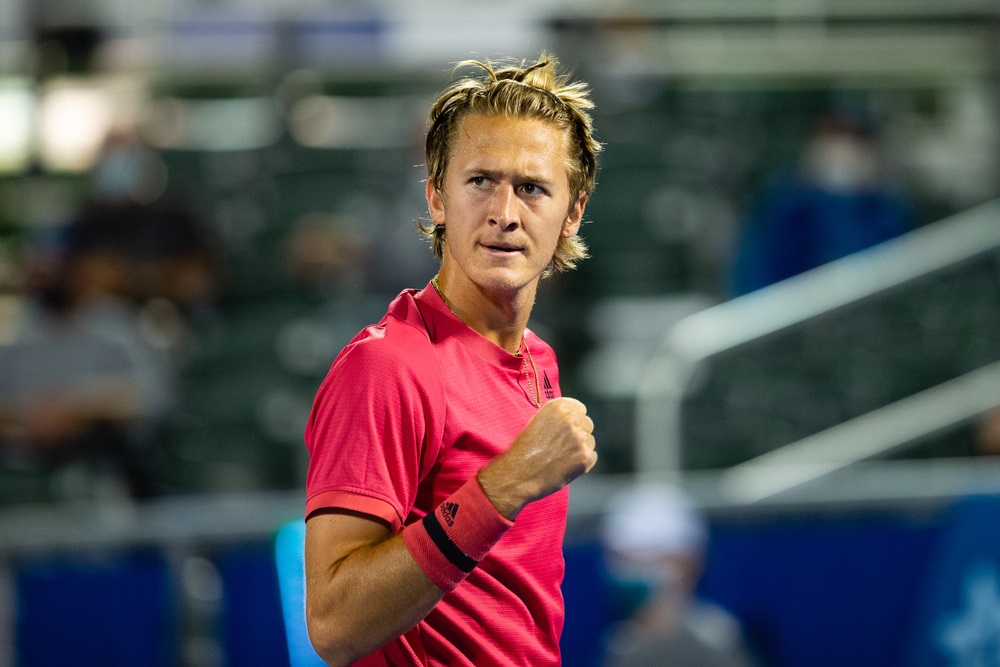 In the final match of the Intesa Sanpaolo Next Gen ATP Finals Carlos Alcaraz and Sebastian Korda will face off for the title.

Carlos Alcaraz entered the tournament as a top favorite and with his play in the past week he showed why. The Spaniard was almost perfect on his way to the final match dropping only one set against Juan Manuel Cerundolo in the last match of the group phase.

He lost only five games against Holger Vitus Nodskov Rune in the first match and had control against Brandon Nakashima despite the two tie-breaks in the second match.

Sebastian Baez who surprisingly made it to the semifinals didn’t stand any chance as Alcaraz won 4-2, 4-1, 4-2 in only 62 minutes.

Alcaraz has made a name for himself this year as the new great hope on the ATP tour. If he wins the title in Milan, he will become the youngest player since Andrei Medvedev, 18, to record 32 ATP wins in a single season, after the Ukrainian went 32-11 in 1992.

Unlike Alcaraz, Sebastian Korda had a tougher road to the Milan final match. The American played two five-set matches in the tournament including the semifinals comeback win against Brandon Nakashima.

Korda won the first set in a tie-break before dropping the next two but managed to win 4-2 both in the fourth and fifth to advance to the finals.

In the first round against Hugo Gaston, Korda was 0-2 down but stayed confident and won the next three sets, two of them by 4-0.

In the next two rounds, the 21-year-old cruised past Sebastian Baez and Lorenzo Musetti.

Sebastian Korda is in great shape in Milan coming off a good performance at the ATP Paris Masters where he lost in the third round to Daniil Medvedev in three sets. Even though this is the tournament of the young stars, Korda has shown that he is more experienced than the rest of the group which has proven to be a big advantage on his side.

This will be the first match between these two players on the tour.

Carlos Alcaraz is considered a favorite to win based on his ranking and the performance so far in Milan. The odds for the Spaniard’s win are set at -244 while for Korda’s victory at 190.

This will be the biggest career win for each of these players and they will give their best to add this title to their resume. Alcaraz and Korda were the top two contenders entering the tournament and their match will be a real joy for tennis fans.

Alcaraz has been extremely confident and played amazing in Milan so far. He is quick and persistent and can basically hit any given shot.

Korda’s serving has probably been the best in the tournament but his all-round game isn’t as sharp as Alcaraz’s. Still, the American can use his serve to take the shortened sets into tie-breaks where anything is possible.

We suggest both players to win a set at -167 as the safest bet on this match.