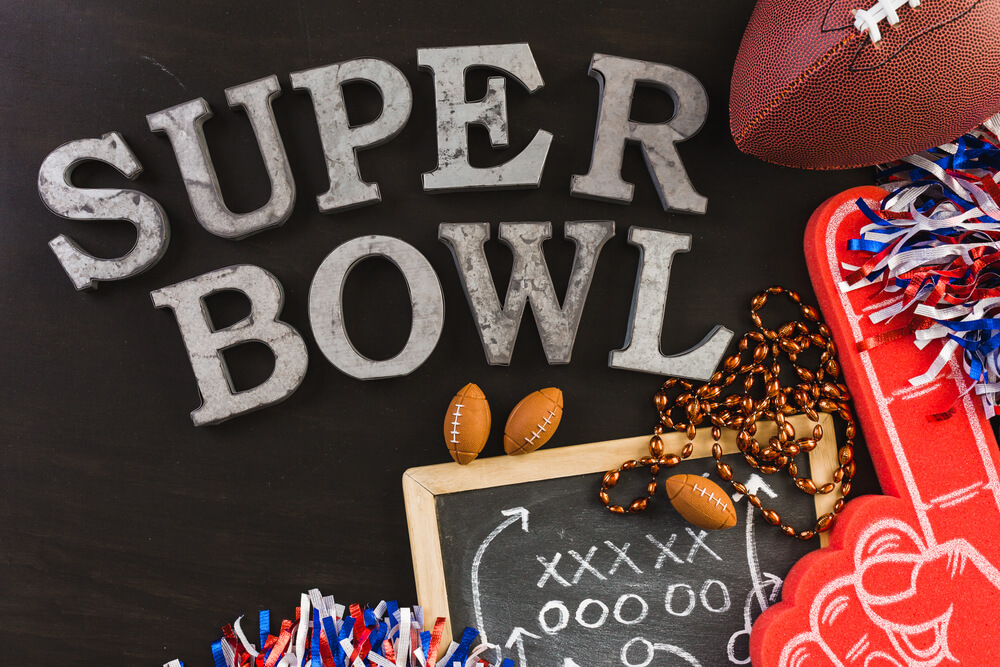 The NFL Super Bowl 56 is underway and the pacy and exciting sport is set to kick off every week. Beneath the thrills and awe of the sport are the analytics for the punters. The odds are usually tight and a little slip-up can drop a team from the favourites spot.

Compared to the very start of the season, things have changed a lot. This season has seen underdogs come up and give more competition than expected. Back in January, Last season runners-up, Kansas City Chiefs came up top as favourites with Green Bay next to them as second.

Kansas City were the top prospects for Super Bowl 56 because they’ve had a good run in the past two years of the competition. They won Super Bowl 54 and only came short of winning consecutive championships in 55 after losing the final to Tampa Bay Buccaneers. Without a doubt, there was a real belief that they were going to put up more competition and go for gold in 56.

After a not-so-impressive start to the season, we saw the favourite spot switch hands to the defending champions, Tampa Bay Buccaneers. As the season progresses, the top spot is switching hands in and out of every game week.

Who are the Super Bowl 56 Favourites?

Although the top position is not solid, Tampa Bay Buccaneers still happen to be the favourites for the championship. It is no surprise, because they are the defending champions, after claiming the Super Bowl 55 in the finals over Kansas City Chiefs.

Although being the defending champion and favourite doesn’t put them in a comfortable position this season. Super Bowl 56 has taken a rather unpredictable turn after seeing last season’s runners up, the Chiefs plummet from the top of the list. Buffalo Bills are constantly pressuring the top spot as they also continue to win week in, week out. Because the Bills are yet to claim any Super Bowl championship in their team history, it makes them a very competitive contender.

Can Buffalo Bills Put Up a Show in Super Bowl 56?

Buffalo Bills as a team has witnessed 54 years of super bowl era with four Super Bowl appearances which are the highest in their class. However, they have nothing to show for it in terms of trophies. They still top the list as one of the oldest teams with the most appearances that are yet to win a Super Bowl.

However, one glance at the Super bowl 56 stats shows that they are putting up a fight this time. Earlier in the season, we saw them ascend to the top spot of the favourites and they would have remained there if not for the consistency of Tampa Bay Buccaneers. The Buccaneers are not ready to give up the position as they look to claim two consecutive championships.

Do Kansas Chiefs Still Have a Shot at the Championship?

The Kansas Chiefs had great potential in every punter’s books before the season started. They claimed Super Bowl 54 and also reached the finals in 55. However, things are not going exactly as planned as they are experiencing a not-so-impressive run in the season.  Historically, this is not the first time they are experiencing such so there is a real belief that things are still stacked in their favour.

The New England Patriots had a similar run and they came up top at the end. After winning Super Bowl 51, the Patriots came so close to claiming 52 only to lose to the Philadelphia Eagles. They were able to overturn it to claim Super Bowl 53. There is a tendency that such repeats itself but so far, it doesn’t look like it. The Chiefs have not been impressive in their performance. We would keep a close look and watch how things unfold.

Without a doubt, Super Bowl 56 is getting very competitive and every team is putting up a good competition. As much as it increases the fun of the competition, it only makes predicting the winner quite difficult. However, the closest seems like Tampa Bay Buccaneers who look to win two consecutive championships and Buffalo Bills who are looking for a first championship win. It would be great watching how it unfolds.