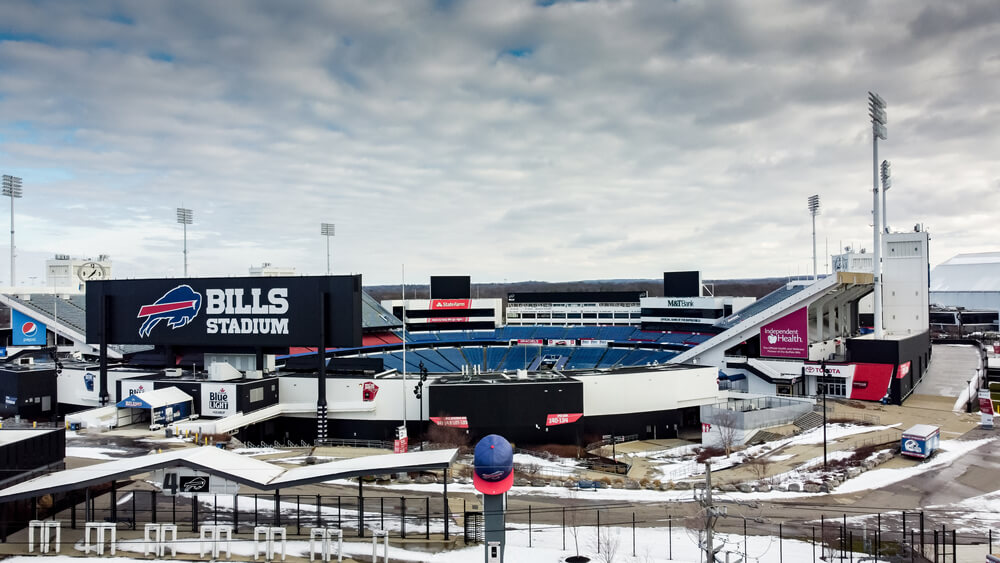 Buffalo Bills remains one of the few NFL teams without a Super Bowl win. Amongst their group, they have the most years in the Super Bowl era, clocking 54 years. They also have the most Super Bowl appearances among the teams that haven’t lifted the championship with four appearances.

However, it seems as though things are gradually taking a different turn for the team. With the Super Bowl 56 underway, Buffalo Bills have found themselves close to the favourites to win the championship. Not until recently when the Tampa Bay Buccaneers stepped up, Buffalo Bills were sitting at the top of the list of favourites.

Do Buffalo Bills Have a Chance of Lifting Super Bowl 56?

Buffalo Bills started the 2021 NFL season as a big underdog but they only needed five-game weeks to change the narrative. After gaining a win over Redcliffe Dolphins in week five, Buffalo Bills were able to rise to the top and become the favourite to win the super bowl. However, it was short-lived as the Tampa Bay Buccaneers gained their spot later.

The Buffalo Bills may not be on top but they are far from being out. They lead their division over the likes of Patriots, Jets and Dolphins with only three losses in their first eight games. For the first time in a long time, the Bills may have a real shot at winning the Super Bowl and get themselves out of the ‘no championship’ list.

Is there a Tough Competition for the Bills?

If there is something about the NFL, it is not to write any team off. Tampa Bay Buccaneers seem to be the toughest opposition for the Bills in the 2021 NFL season. It should be an area of concern because the Buccaneers won Super Bowl 55 and they are looking to extend their dominance to two consecutive gold. They triumphed over Kansas City Chiefs in a thrilling final to win their second-ever championship. Tampa Bay Buccaneers are not backing down as they currently top the list of favourites over the Bills with +550.

The Los Angeles Rams are not also far behind in the list with +800 as they are posing to be a good competition this season. They have only one Super Bowl under their belt and they would be looking to close this one out to become two-time champions.

Kansas City Chiefs won Super Bowl 54 and were so close to winning 55. The only opposition in their way were the invincible Tampa Bay Buccaneers that triumphed over them in the finals. As much as it seems ordinary, there is a potential historical pattern that could unfold.

A similar occurrence happened with the New England Patriots starting from Super Bowl 51. They beat the Atlanta Falcons to claim the Super Bowl back then and they also fell short in the next season. They went the distance only to be disregarded by the Philadelphia Eagles that won the championship.

A year later in Super Bowl 53, the New England Patriots were able to redeem themselves with their victory over Los Angeles Rams. They ended up winning two Super Bowls in three years.

The same could unfold for the Kansas City Chiefs. It gives them a shot at claiming their second Super Bowl in three years in the same fashion as the Patriots. In fact, before the commencement of the season, they were matched as the top favourites for the win. They could only maintain the position for a little while.

There is a strong belief that they could still have a say in this years’ Super Bowl. It would be a good idea to keep an eye on them.

It is a no-brainer that the Buffalo Bills are up for the challenge this year. They are experiencing one of their best starts, all players are in form; they could pull a shocker and win their first Super Bowl. It is good to see the shift in dominance from the underdogs.

Since they managed to assert their dominance till mid-season of the regular season, they should be able to keep the fire burning.