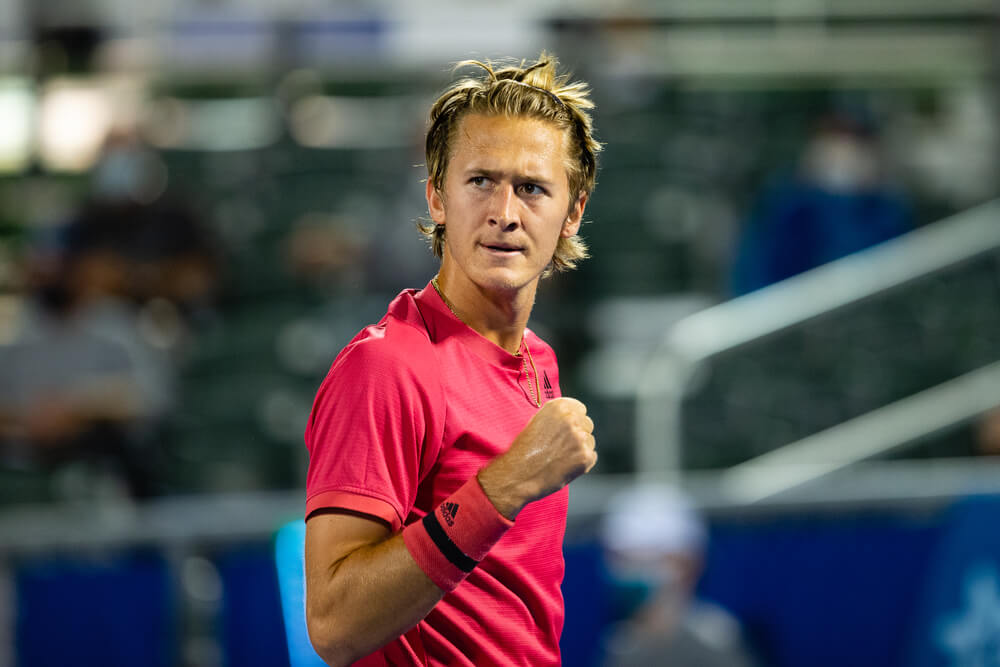 Cameron Norrie and Sebastian Korda are entering the Australian Open and the 2022 season with high hopes but one of them will have to exit the tournament early as they meet in the first round at Kia Arena in Melbourne on January 16, 2022.

Cameron Norrie had a breakthrough season last year finishing the year at No. 12 in the ATP rankings. The 26-year-old finished the year with a 56-25 record including 25-11 on hard.

He won two ATP titles in 2021. After losing the finals in Lyon to Stefanos Tsitsipas and in Queens Club to Matteo Berrettini, Norrie won his first career title in Los Cabos defeating Brandon Nakashima in the finals 6-2, 6-2.

The Briton lost another final, 6-0, 6-2 to Casper Ruud in San Diego before winning the Master’s Series Tournament in Indian Wells. In the match of his career, Norrie defeated Nikolos Basilashvili 3-6, 6-4, 6-1.

The phenomenal season gave Norrie a chance to play at the ATP finals where he played two games after Tsitsipas withdrew. He lost both matches to Novak Djokovic and Casper Ruud.

This will be Norrie’s fourth appearance at the Australian Open. After losing in the first round in 2019 and 2020, he reached the third round in 2021 where he lost to Rafael Nadal in straight sets. Previously he defeated Daniel Evans and Roman Safiullin by 3-1.

Sebastian Korda is one of the best players born in the 2000s. The American is currently ranked at No. 40 with No. 38 being his highest ranking. He finished the last season with a 36-20 record including 12-8 on hard surface.

Korda won his first ATP tournament in May 2021, without dropping a single set in Parma. He defeated Marco Cecchinato in the finals by 6-2, 6-4. The American also won the Challenger in Quimper defeating Filip Horansky in the finals 6-1, 6-1.

The match against Cameron Norrie will be the first for Korda in the 2022 season.

The will be Korda’s first main draw appearance at the Australian Open. He played the qualifiers in 2019 but lost the first match to Go Soeda.

Cameron Norrie and Sebastian Korda have faced each other once. Korda won 6-3, 7-5 in Delray Beach semi-finals in January 2021.

Norrie is the favorite to win this match with odds set at -192. The odds for Korda to win are set at 151.

Both Norrie and Korda have entered the top 40 last season with the Briton getting closer to the top 10. Norrie is the favorite in this match because he defeated good players last season and is more experienced since he reached the third round last year.

Korda is the better server between these two which will keep him close.

This will definitely be a tough and long match with both players leaving everything they have on the court. That will give them both at least a set which makes the picking of over 38.5 games a logical choice.