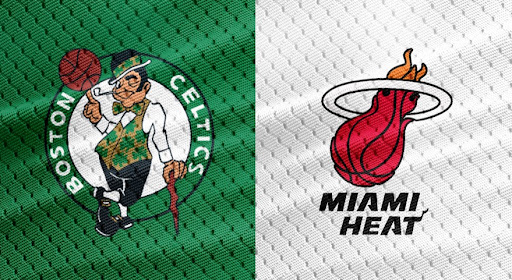 This will be Boston’s second game in two days after their 13-point win over the Orlando Magic. Prior to that game they organized a players-only meeting after their embarrassing 128-114 loss against the Chicago Bulls and by the looks of it, it has worked. Defense has been an issue for the Celtics so far through 7 games, they are allowing 119.7 points per game which ranks them dead last among 30 teams. They’ll also have to fix their rebounding as they rank 29th in rebounds allowed at 52.3 per game. Having a 35-year old Al Horford as their primary rebounder is definitely an issue. Boston has covered the spread just twice in their last 9 games.

Miami is off to one of their best starts to a season in franchise history with 6 wins in 7 games. No other team has benefited more from the recent rule changes like the Heat have, as a result they are holding teams to just 98.9 points per game and just 39.7% shooting from the field. They are dominant on the inside as well, Bam Adebayo leads them with 13.8 rebounds per game and as a team they rank 1st in the NBA with 53.1 rebounds per game. Their scoring has also been impressive, they lead the league with 115.6 points per game which is almost a point better than 2nd placed Charlotte. The Heat have covered the spread in 6 of their 7 games this season.

It’s hard to look past Miami here, they are playing at home and are much better than the Celtics on both ends. Players like Jimmy Butler and Tyler Herro are playing some of the best basketball of their careers and until this team gets stopped by someone I’m not betting against them. Back Miami to cover the spread at home here.

The total has gone under in four of the last five games for Miami, mainly due to their stellar play on the defensive end. Prior to their last win over Dallas, they were able to hold Orlando to 90 points, Brooklyn to just 93 points, Charlotte who ranks 2nd in scoring to just 99 points and Memphis to 103 points in a game where Bam Adebayo did not play. Taking all that into account and the fact that the Celtics rank only 23rd in shooting percentage this season, it’s hard to imagine we are going to see a lot of points being scored tonight. The under has cashed in 4 of 5 Miami’s games against the Eastern Conference. Let’s back the under tonight’ as well.