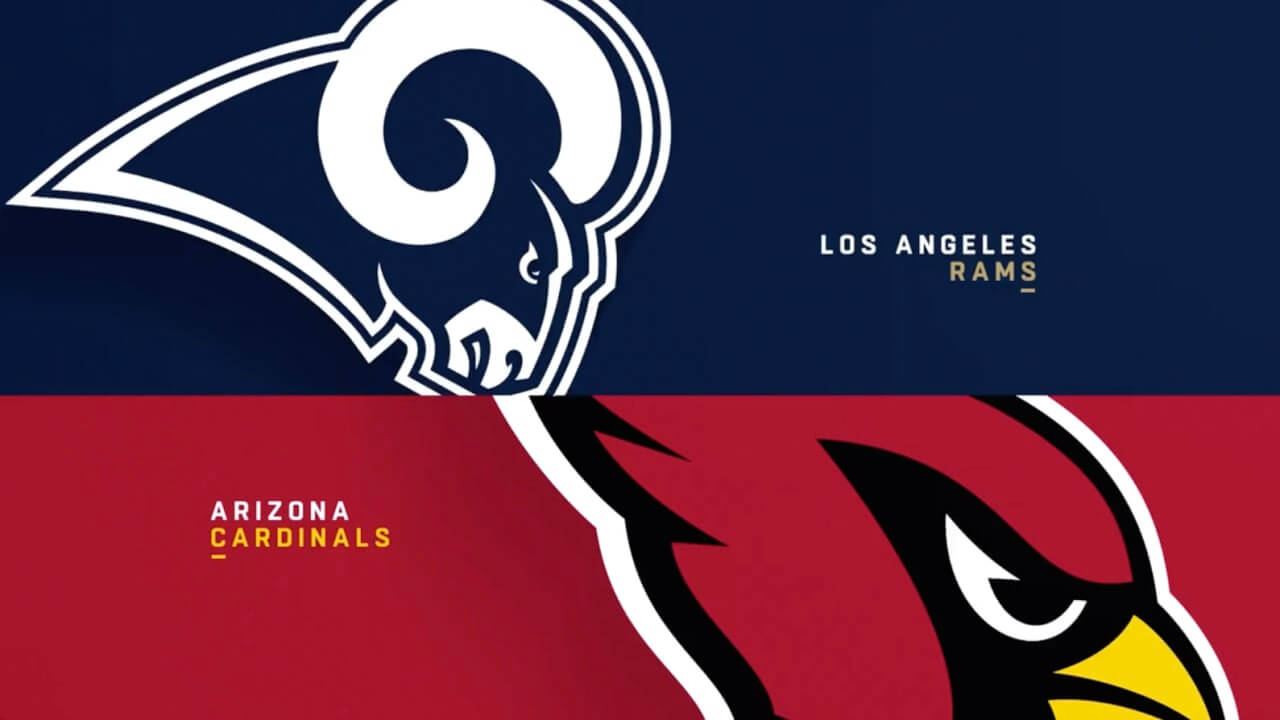 The team with the best record in the NFL the Arizona Cardinals is hosting the NFC West rival the Los Angeles Rams at State Farm Stadium, Glendale in AZ, on December 13, 2021.

The Arizona Cardinals are currently the best team in the league with a 10-2 record and with a win against the closest division rival they can seal the deal as an NFC West champion this season. The Cardinals open the season with seven straight wins before dropping two of the next three to the Green Bay Packers and the Carolina Panthers.

Since then, Kliff Kingsbury’s team has won two straight on the road, most recently 33-22 against the Chicago Bears.

Kyler Murray threw for two touchdowns and ran for two more in his return from an ankle injury. The Cardinals got back Murray and three-time All-Pro receiver DeAndre Hopkins after both players missed three games.

Arizona improved to 7-0 on the road, with each win by 10 points or more. The Cardinals have the third-best offense in the league averaging 28,6 points per game and the fourth-best defense allowing only 18,7 points per game.

Arizona running back James Conner will try to tie a franchise record by scoring a touchdown in his seventh consecutive game for Arizona.

The defensive tackle Zach Kerr will not suit up for the Cardinals on Monday night while guard Justin Pugh is questionable.

The Los Angeles Rams made a statement starting the season winning seven of the first eight games but losing the next three before winning the last one, 37-7 to the Jacksonville Jaguars. Currently, the Rams have the eight-best record in the league with 8 wins and 4 losses which place them second in the AFC West right behind their tonight’s rival.

In the last game against the Jaguars, the Rams went back on winning track with an easy win allowing only seven points in the second quarter and keeping a clean sheet in the other three periods. Cooper Kupp, Van Jefferson and Odell Beckham Jr. caught touchdown passes from Matthew Stafford. The 33-year-old quarterback passed for 295 yards while Sony Michel rushed for 121 yards for the Rams. It was Stafford’s first game without turnover after dropping six in the previous three contests.

The Rams have the sixth-best offense in the NFL with averaging 28 points per game while they allow 22.5 which ranks them 17th.

Rams’ coach Sean McVay will not be able to count on cornerback Dont’e Deayon and offensive tackle Rob Havenstein for the game against Arizona.

These two teams met earlier this season with the Cardinals winning in LA 37-20 but the Rams have won the previous eight games including four at State Farm Stadium. In five of those eight games, the Cardinals were held to single-digit points and twice to 0.

The odds are suggesting that this will be a close one as the Arizona Cardinals are given -128 odds to win while the Los Angeles Rams are at 109.

The Cardinals beat the Rams 37-20 in Los Angeles earlier this season which clearly shows who the better team at the moment is. But if we look at the head-to-head, there has been only one team on the field when these two met in recent years. The Rams can challenge Arizona for the top division spot in this game and they will certainly do that. It is really tough to bet on the Rams since the Cardinals have the best record in the league, therefore placing a bet on under 51.5 points seems like the best option.