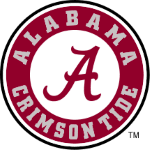 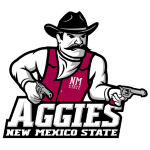 The Alabama Crimson Tide are trying to pick up the form after unimpressive performances in the last couple of weeks. The game against the New Mexico State Aggies is a perfect opportunity for that.

As usual, Alabama (8-1) is one of the top teams in the country always targeting the championship trophy. Their recent form is not on the highest level which worries head coach Nick Saban. Last week the Crimson Tide barely won over a 29.5 point underdog LSU which is not a good sign for a team that is trying to repeat as national champions.

Their running game basically did not exist in a 20-14 win over LSU with the lead in jeopardy until the last minute. Bryce Young was the key player for Alabama passing for 302 yards completing 24 of 37 passes with a couple of touchdowns, including a 58-yarder to Jameson Williams.

Alabama has three games remaining, with the final two against SEC opponents Arkansas and Auburn. Their win is not questionable against New Mexico State but they will have to do it in a recognizable fashion.

New Mexico State has only one win in their nine games this season which makes them a heavy underdog going to Alabama. Head coach Doug Martin is used to leading teams against Power Five opponents but his team has 43 newcomers who have never played such a game.

Their only win of the season came six weeks ago, 43-35 against South Carolina State. In their last game, the Aggies lost 35-13 at home to Utah State. It was a promising start of the game as New Mexico State jumped on a 10-0 lead but they failed to score in the second half which resulted in a blowout.

Playing against Alabama is an opportunity for every Aggies’ player to prove that they can play against the best on the biggest college football stage. Aggies’ center Eli Johnson, who spent four seasons at Mississippi, is the only player who has already played at Bryant-Denny Stadium.

The only game between these two teams was played in September 2019 with Alabama winning 62-10.

There is no doubt who is going to win this match which at times might look like a scrimmage but the real question is if the Crimson Tide can cover the largest spread set this season at 51.5 points. Their largest win came against the Southern Miss Golden Eagles at 49 points margin.

The Aggies are basically underdogs in almost every game they play but they are 5-3 covering the spread against them this season.

Sagan will probably use some new faces in Saturday’s game which will provide an opportunity for New Mexico State to score and that will be enough to cover the spread.